With sales figures being released claiming accurate numbers, only to be “corrected” weeks later with drastically lower #’s combined with the recent news concerning Oculus’ troubles with lost lawsuits and demo closures, the internet seems to be jumping on the ‘VR is dying” bandwagon.  I get the need to report news as it is released, but the way that news is being broadcast just comes across as someone’s opinion of half a story skewed toward click bait as opposed to unbiased news articles that compose of actual research. 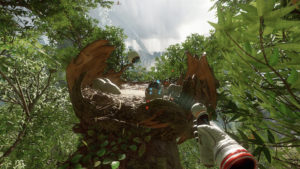 VR puts you into games like no other tech has ever done before!

None of the recent stories affect VR in any real significant way.  Sure Facebook/Oculus is out some cash, but considering the amount they have brought in through non-VR means, it’s a drop in the bucket for them.  The closure of demo stations is more a statement of the current market than a declaration of VR’s demise.  Virtual Reality is, regardless of the headset, still in it’s infant stages.  Only last year did this technology finally become available for the home market.  Consider other technologies like blu-ray or 4K televisions.  It took those mediums years to establish themselves as both required other devices and tech to catch up to them, and those were (more or less) just “upgrades” on previous tech.  VR is a new way to experience not just games, but media in general and as with all new tech, these things take time to establish themselves.

Admittedly the price for these devices is on the high side (excluding the mobile headsets) and those price points scare away most people, especially with the added cost of a new PC or console.  This would be less of an issue if the titles backing these HMD’s were worth your time and money but most, sadly, are not.  Excluding the recent release of Resident Evil 7, there have been so few must purchase, full games, and the few that are can feel a bit shallow compared to their non-vr counterparts.  Take online multiplayer based games like RIGS, Battlezone or Eve Valkyrie; while they all offer solid multiplayer experiences, their single player modes lack heavily in longevity which at this stage is kind of a misstep.  The install base for VR is teeny tiny compared to non-VR and making multiplayer-centric titles with so few players to play is asking for failed sales. I’m not saying multiplayer games shouldn’t be in VR, just that a fleshed single player is needed to satiate the masses and sustain the platform in its current form.

The Oculus rift is also lagging in sales compared to its counterparts, but that’s just business.  It lies somewhere in the middle of Sony’s easy playability and Vive’s room scale tracking tech and doesn’t have the titles to back up it’s limitations.  The PSVR meanwhile is constantly sold out in markets all around the world and Vive accessories being sold out as soon as they go on sale.  People want to play VR titles, but like any new console (and once again, I’m lumping all the HMD’s together) it always takes awhile for devs to figure out the tech and adapt to it.  Now factor in that this VR is a new way to play these titles and along with that comes a whole slough of problems(sim sickness, motion tracking, control schemes…) and you can see where the uphill battle may lie when selling this to average consumer, yet people are still interested.

The HTC Vive meanwhile is selling slowly, but steadily and is by all accounts, the best way to experience VR.  Once again though, the lack of system selling titles is hurting its sales and making VR a very daunting purchase.  The Steam store (where you purchase PC VR games) is an unorganized, unfiltered mess with little to no quality control in place.  It seems like every indie dev out there is designing quick VR shovel-ware for the system in the hopes of making a quick buck and all that does is annoy and confuse people.  Add to that “early access” titles and the market only gets more confusing with incomplete games being sold with the hopes that they will be completed in a timely fashion and work the way they are supposed too. 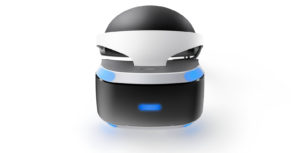 These headsets are the future of gaming. We just need to help steer it in the right direction

All of the above may sound like reasons not get behind VR and at this point in time, that may be a valid thought.  My point in writing this was to establish that this is brand new(amazing) technology that is still trying to find its foot hold.  Just because their may be set backs is in no way a death knell for the tech.  Sony, Oculus and HTC are backing these hard and for good reason; VR experiences offer unparalleled ways to play games.  Once price points come down and game quality improves, people will flock to it.  I’ll bring up RE7 as the main example of where VR gaming should steer.  A fully playable, 12-hour campaign that can be played both in and out of VR.  Dev’s need to follow this example and make all their content playable in VR.

It’s early, really early in the life cycle of VR.  I’m guessing a year or 2 down the road we will look back at these articles and laugh at how ridiculous they sound.  Take all the negative stories about VR with a grain of salt, especially if the headline ends in a ‘?’. VR isn’t going anywhere and has already improved in many ways in the very short time its been out.  Add to that all the tech developments surrounding it and the inevitable merging of virtual and augmented reality and the future looks pretty bright for our headsets, just give it a little more time and be patient.  This is the most innovative and immersive tech media consumers have seen in years, let’s give devs and publishers some time to figure out how we want to consume these titles…in the long run it’ll be worth it.