VR gaming has grown considerably in the last few years, expanding to include genres like shooters, flight and space simulators, and racing games, among others. Titles like SUPERHOT take advantage of the first-person perspective to bring us the experience of dodging bullets in an action setting, while a game like Half-Life: Alyx allows us to re-experience the world of a beloved franchise in a way that wasn’t possible before. But with VR releases speeding up and becoming more impressive, it’s also easy to think about the genres that haven’t yet been fully realized in the medium. 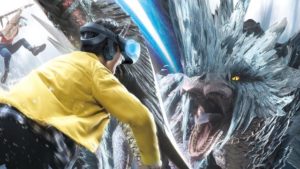 So far, most creature-hunter games like Pokémon and Monster Hunter have been very cautious with regard to exploring 3D environments. That said, one can imagine the excitement if this were to change. As Sportskeeda has exploded, a VR version of Pokémon would allow players to explore the world and experience finding and capturing creatures from a first-person perspective. Interestingly, it would also allow the games to easily incorporate mechanics from successful spin-offs, like the picture-taking of Pokémon Snap, or the use of a virtual “capture-stylus” from the Pokémon Ranger series, instead of Poké Balls.  It’s a genre that has only seen continual growth over the last few decades, even embracing AR with Pokémon Go, and placing the player in these worlds would only make the experiences even more personal and enjoyable. 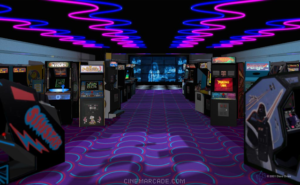 If you grew up in the ’80s or ’90s, you might remember the experience of visiting an arcade. It’s hard to explain to younger generations the feeling of entering these dark galleries filled with weird sounds and bright animations –– experimenting with all sorts of games and vying for high scores.  Titles like Pinball Arcade have already done an excellent job of modernizing arcade experiences and recreating the physical machines’ looks and sounds. But a full VR enveloping more types of games could help younger generations to discover the world of retro games, as they were originally intended to be played.  Unique arcade cabinets can be found in games such as Demeo or After the Fall, and with talk of the Metaverse only getting more intense, the idea of visiting with your friends in an arcade packed full of modern and classic titles could mean a new resurgence for what was once one the greatest ways to experience modern gaming.

Speaking of Demeo, there are few things more fun than sitting at a table, opening a box, and setting up a board game. It’s an excellent way to pass the time and bond with friends and family. However, in recent years it’s become harder to visit game centers holding hundreds of games, or meet new people by playing a friendly match of Catan or Ticket to Ride. 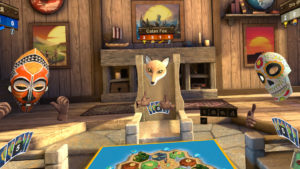 Platforms like Board Game Arena have tried to provide an alternative by offering multiple 3D versions of digital games, but these don’t manage to replicate the experience very well. By contrast, a VR space simulating a visit to one of these centers would provide millions of fans around the world the opportunity to relive the experience of exploring boxes and tables, setting up a game, and playing with other people –– without any risks to their health. 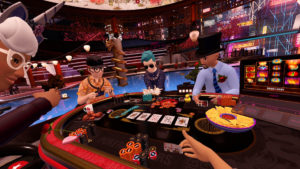 Casino game developers are slowly realizing the advantages of implementing virtual environments. PokerStars VR, for example, lets players to immerse themselves in a realistic poker room, and even interact with opponents’ representative avatars. However, a game like this feels mostly like an early version of what a more developed VR casino –– with more table games and a bigger environment –– could be.

Already, the table games on Cheeky Bingo have provided a sort of template for how these popular games could work in VR. While not technically VR themselves, these games use interactive video and live dealers to make roulette, blackjack, and the like more immersive. Employing these types of experiences and working similarly to the arcades proposed above, virtual casinos would allow players to explore realistic environments and enjoy collections of games that could rival those in real, brick-and-mortar casinos.  With VR technology advancing at an alarming rate, face, body & hand tracking could not only add realistic levels to the gambling experience, but when combined with live events and social atmospheres, allow for a great night out without leaving the confines of home.

“True crime” has become an incredibly popular genre among fans of narrative media. People can listen to podcasts or watch YouTube videos in the genre, and even play mobile apps or board game that mimic the processes of detectives or investigative reporters. There’s just something deeply appealing to people about working through the details and secrets of crime stories. 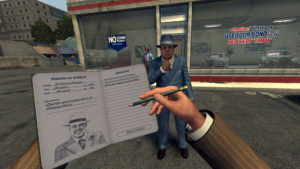 But what if you could analyze evidence, visit crime scenes, and interview suspects from a VR perspective? A game like this could take advantage of the immersive quality of virtual environments to bring the true crime phenomenon to life in a way not even the most engaging podcast can manage.

There are a great variety of high-quality VR experiences available (The Invisible Hours or L.A. Noire just to name a couple), but the technology still has untapped potential. Through all of the genres and experiences discussed above, VR could rope in millions of new players, and create some of the most engaging and appealing experiences in all of gaming.

With gaming encompassing so many genres and sub genres, we could probably add another dozen game types that could benefit from the VR treatment (and maybe we will!).   Virtual Reality is approaching the next big leap forward in technology with upcoming headsets like Meta’s Project Cambria and the PlayStation VR 2 promising next levels of quality and immersion.  As the user base expands for VR, it only makes sense that we will see more gaming genres enter the Metaverse, letting new users experience their favorite game types in all new and immersive ways.