Well, your VR dreams have finally come true, assuming your have dreamt about flying a kite in virtual reality.  It’s these kinds of experiences that may attract a more casual audience to VR, if not just to see how this new entertainment medium compares to the real thing.  I’m happy to say that Stunt Kite Master does kite flying right in VR by emulating the same sensations you would feel if you were doing the same thing, which is awesome…provided you have an interest in flying kites at all. 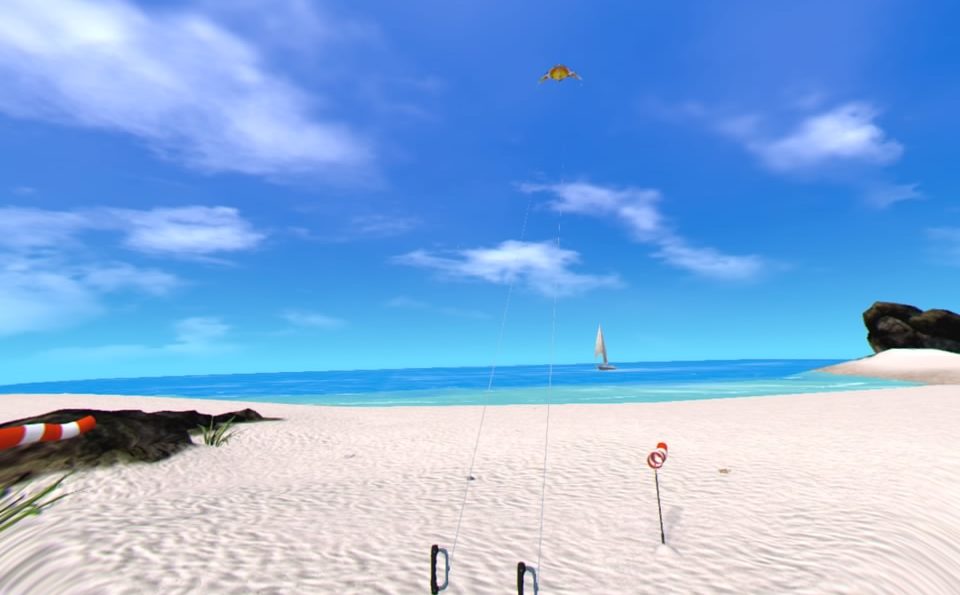 LETS GET READY TO RUUUUU…..just kidding, we are just flying kites.

Handy Games has done PSVR users right by using 3 different control methods, 2 with the DS4 and the other with the move.  The easiest method maps both your hands to the thumb sticks and allows for quick turns and more precise motions and is by far the easiest way to play the game.  The 2nd DS4 method involves tracking the motions of the controller and is by the far the hardest way to control your kite and ignored it after messing around way longer than I should have, which is a shame as this should feel like the most natural way of flying smaller kites.  The final method uses 2 move controllers and is both challenging to steer, but also very immersive as you push and pull in real life and watch your kite react in proper fashion.  I enjoyed this control method the most for just playing around, and maybe with a lot of practice (and unlocks) I might have gotten better, but for most of my play, I used the thumb stick method which did not feel like flying a kite, but allowed me the scores I needed to unlock more kites. 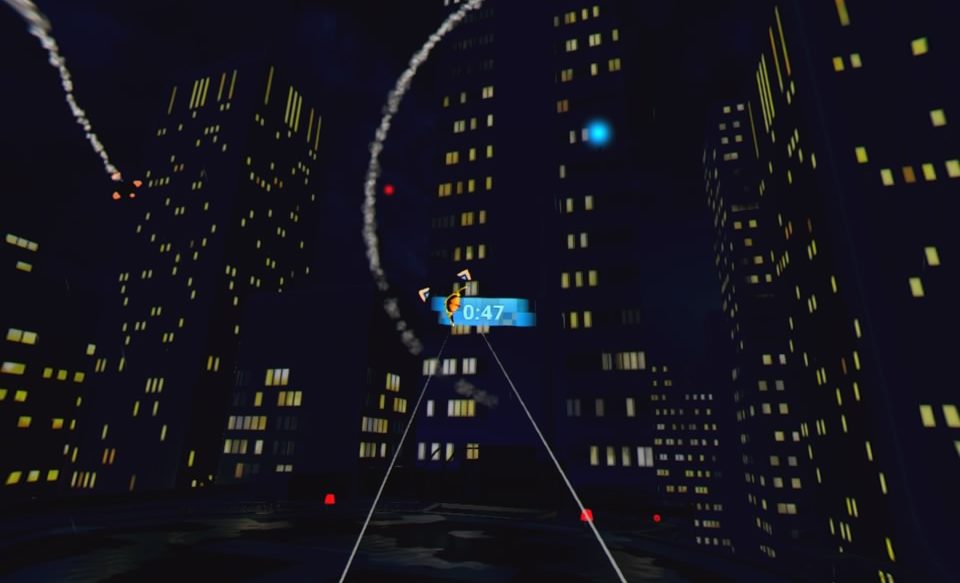 Dodging these planes is probably the best mode in the game

There are 3 different modes to choose from and each does mix up the gameplay nicely.  The first, Custom Mode, is basically a zen mode where you just sit back and fly your kite until your sick of flying a kite.  You can adjust wind speed here just for some additional challenge and turn on smoke trail option to draw some fancy sky art if you like.  It’s a good way to practice your skills but unless you are specifically looking to just mess around, you’ll be bored of this in a few minutes.  The second mode, Kite Snake, involves maneuvering your kite around the play area (probably around 140 degrees in front of you) and collecting stars that make your tail longer, just make sure not to run into it.  The longer the tail, the higher the score.  Lastly, and my favorite mode is Outrun, where you must dodge incoming RC planes which target your kite.  Quick skill and familiarity with your kites limitations is key to getting a high score here, and if you are really skilled,  forcing the planes to crash as they fly past is the easiest way to keep things from getting out of control.  All of these modes have online leaderboards which is a nice addition that gives some replayability and motivation to keep playing the game.

With 3 stages available that actually contain a different environmental layout, these also add to the replayabiliy as the leaderboards are course specific.  The introductory level is a nice quiet beach with no obstacles in your way except for a small pile of rocks on one section that you need to be aware of when skirting close to the ground.  The 2nd is on top of a city tower at night surrounded by taller buildings and the (dis)advantage here is that your kite can fly off an edge making for more playspace, but really difficult recovery.  Lastly is on a mountain top with another narrow peak in front of you, I found this one to be best for the RC planes as it was really easy to lure them into crashing into that peak.  All these stages have some minor moving elements(birds, helicopter, snow etc…) and look fine. None of them are amazing, though the beach and mountain look way better than the sparse city, but considering this is a kite flying game, they all do there job. 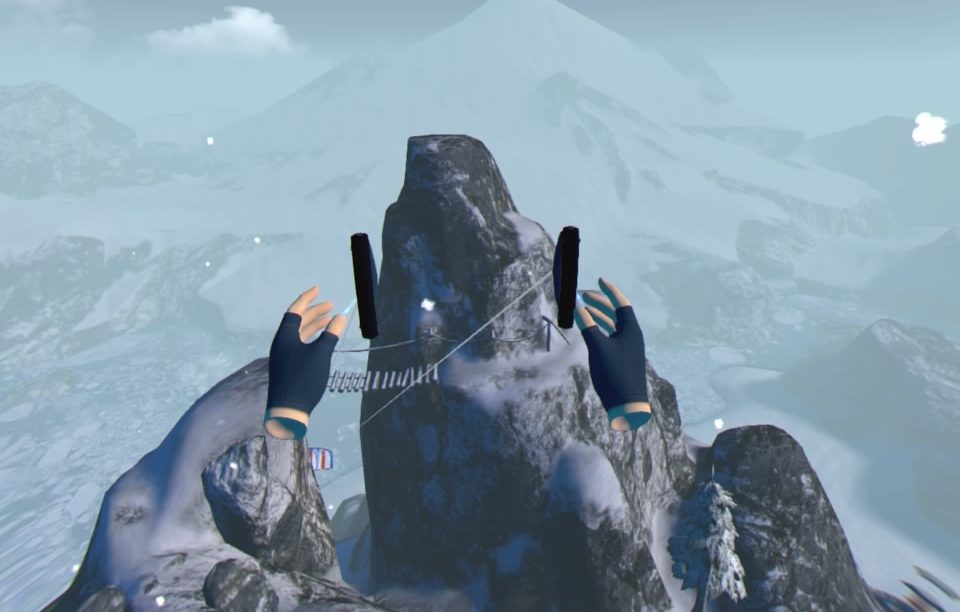 The Move controls feel the most authentic

The audio….oh ho the audio!  It’s a mixture of a few tracks that don’t quite fit the kite flying, specifically ‘Kite Step’ which as mix of orchestra and dub step and it’s not necessarily a bad track, but when combined with a kite game, comes off as hilariously out of place.  The rest are all a little more melodic, but still kind of felt mismatched to the gameplay.  The music takes over anything else, and as far as I could hear, there aren’t any noticeable sound effects, but I only noticed that while actively looking for them, and doubt that it will affect anyone’s gameplay.

To motivate you to keep playing are a few unlockables that are tied to specific in-game tasks/trophies.  Flying for certain amount time on a certain stage or making a kite snake very long unlocks a kite with different stats that slightly change the speed, control, turning radius and size.  For me, I found control was the biggest factor as being able to maneuver just a little more intricately allowed for greater success. 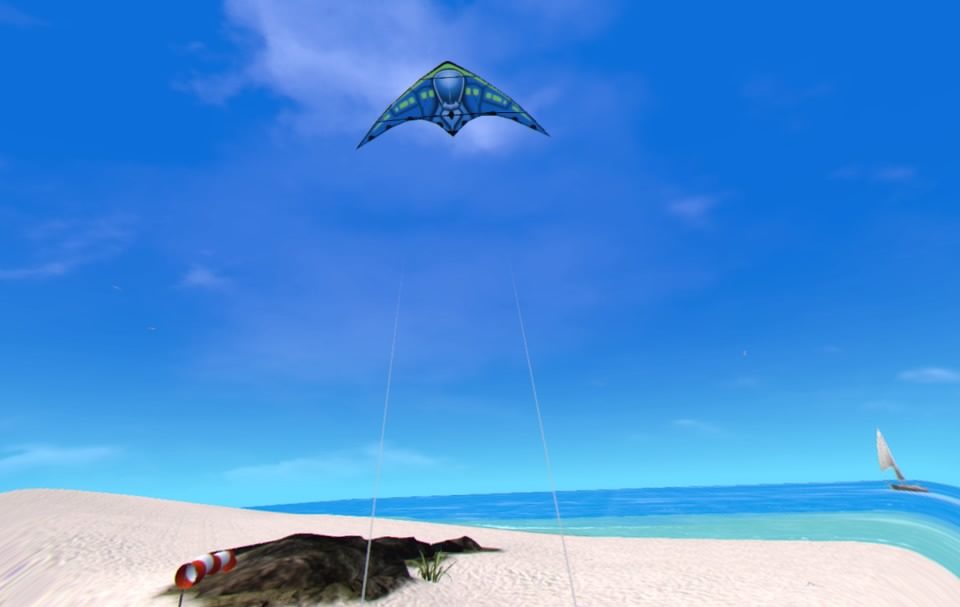 You can just mess around and fly to your hearts delight, but that gets old pretty fast

This is actually an alright package with multiple control methods, game modes, unlocks and leaderboards.  Add to the fact that the Move controllers do a  commendable job of emulating kiting in a virtual world, the only real reason to stay away from this is if you have absolutely zero drive to fly a kite at all.  It’s more addictive than it may appear and will keep calling you back for just one more play because even though the game is simple in theory,  it’ll take a tonne time and practice to master.

What would I pay? $10 is an alright value for what is offered here, though given that the steam version is half of that, some may feel offended by the PS price.  Still,  it’s a small game for a budget price with loads of replayability.  If you even have a passing interest in kite flying, this may be worth a look.

Handy Games provided theVRgrid.com with a review code for this game and, regardless of this review, we thank them for that!