So, with the explosion of VR content in recent memory, it’s actually kind of nice to see a game that highlights some simple, casual VR action.  Echo VR is a collection of 10 random mini-games that you play against the titular, homicidal robot. 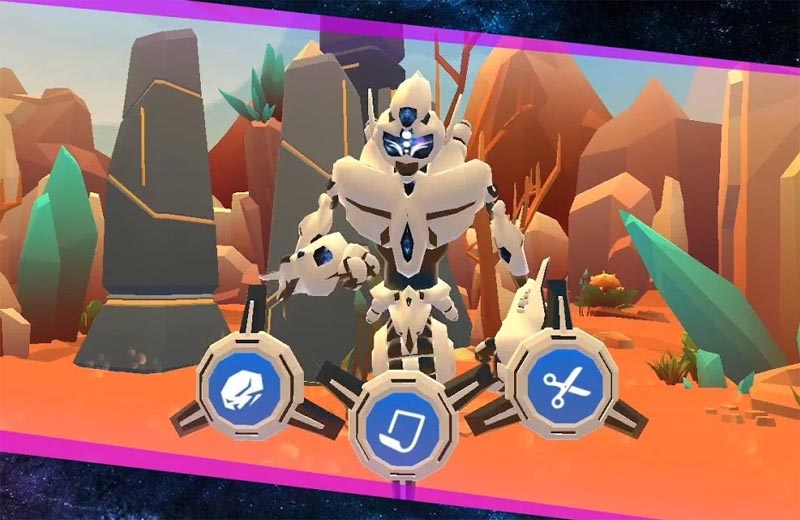 Do you want to play a game?

The controls here are very simple you simply look at an icon or object and click that button to activate it.  For those with older, or simpler headsets, you can connect any Bluetooth gamepad to make your selection.  That’s it as far as controls go other than when an icon is highlighted it lights up in a sparkly fashion.

Each game has you squaring off against Echo in 1 of 10 randomly selected games; Shifuni, a Rock, Paper Scissors game that’s pretty dull given the AI opponent.  Light Game has Echo showing you a series of lights that you must reproduce.  2 Time Bomb games with some score modifiers (think hot potato). Last One is similar to time Bomb, only with a timer.  Find me is a simple hide-and-seek game where you must find Echo hidden somewhere around you.  Memory has you trying to remember highlighted ball positions.  Bonto involves trying to find the hidden ball in a box as Echo switch the boxes around and lastly is Speed Touch which involves pressing a button at the right time, before Echo.

These games all work as they should, but some wear out their welcome sooner than others.  Shifuni just isn’t fun against an AI opponent and speed Touch is way too easy.  The rest really all depend on what you like out of mini-games.  Each game only takes a minute at the most so if you don’t like one, you don’t have to wait to long for the next.  I would have liked the option to just select a specific game and being forced to play randomly does get annoying when you only want to play a certain game. 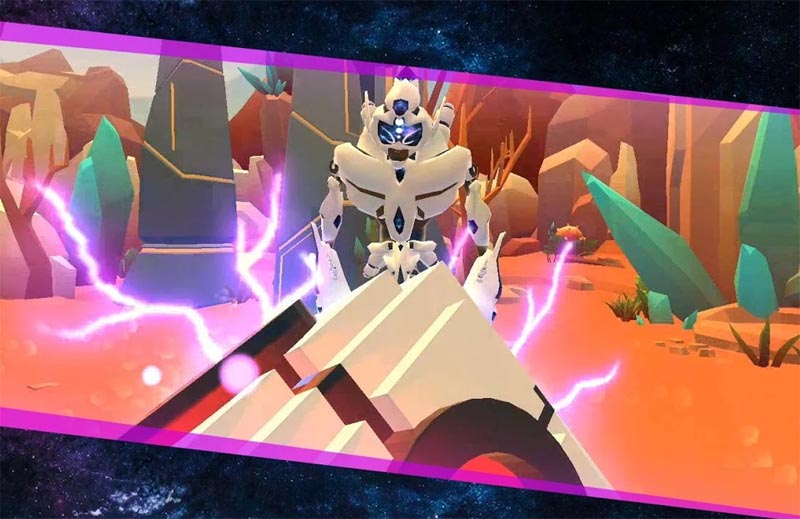 Hold on to the bomb for too long and you lose!

The opening moments of the game when you are travelling through the universe is impressive.  A nice upbeat funky song greets you and just lets you know you’re in for a good time and echo puts out some robot noises that fit nicely.  The actual game only takes place in one stage and while I did have some odd looking artifacting issues, none of them interfered with the game and the overall look is solid.  Echo has some nice details and looks good, objects like the boxes and balls all have a nice clean look with more detail than I expected.  The highlight is Echo, who applauds your successes and loathes your failures.  As I said, he’s homicidal and every time you fail  infuriates him whereupon he will kill you in a variety of cartoonish ways.

Given the causal nature of the game, it’s an odd choice to have Echo react so violently and, though it is comedic most of the time, some of the deaths include blood, which may turn off some from showing this to their kids, which does seem to be more of the target audience.  It’s not a crazy issue (it’s just some red spatters), and once a death animation is done, the game continues on as if nothing happened, but it does feel a little out of place.  That said, for those that don’t care about kids, it’s amusing.  My only other issue is that each game displays the instructions to your right, which is great, but there is no way to pause a game so if you don’t know quite what to do, you’ll end up losing while reading and may not play that game again for a while. 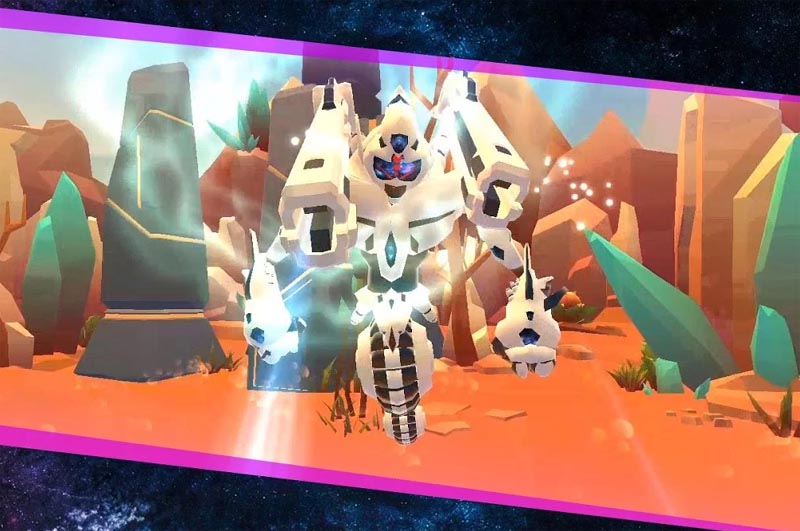 As far as introductory content in VR goes, this isn’t half bad, especially considering the price.  While every game isn’t going to appeal to you, enough of them will to more than validate the cost.  It’s a fun collection of mini-games that I think most people will pull something out of and kill a few minutes of your time.

What would I pay? $2 is a fine asking price for this.  By the time you see all that Echo VR has to offer, you’ll have had some fun and killed some time.

Virtual Studios provided The VR Grid with a review code for this game and, regardless of this review, we thank them for that!